In the rapidly growing and evolving world of smartwatches, there is no larger player than Apple. The California-based tech giant’s Apple Watch series has come to define the general public’s expectation of smartwatches in terms of both design and functionality, and as the brand looks to maintain its market share over an ever-expanding field of competitors it remains dedicated to constantly refining the series. The latest iteration in the line, the Apple Watch Series 7, offers a surprisingly deep overhaul of the line’s now-iconic rectangular design with greater emphasis on durability, ease of use, dial size, and a wider variety of available finishes than ever before. 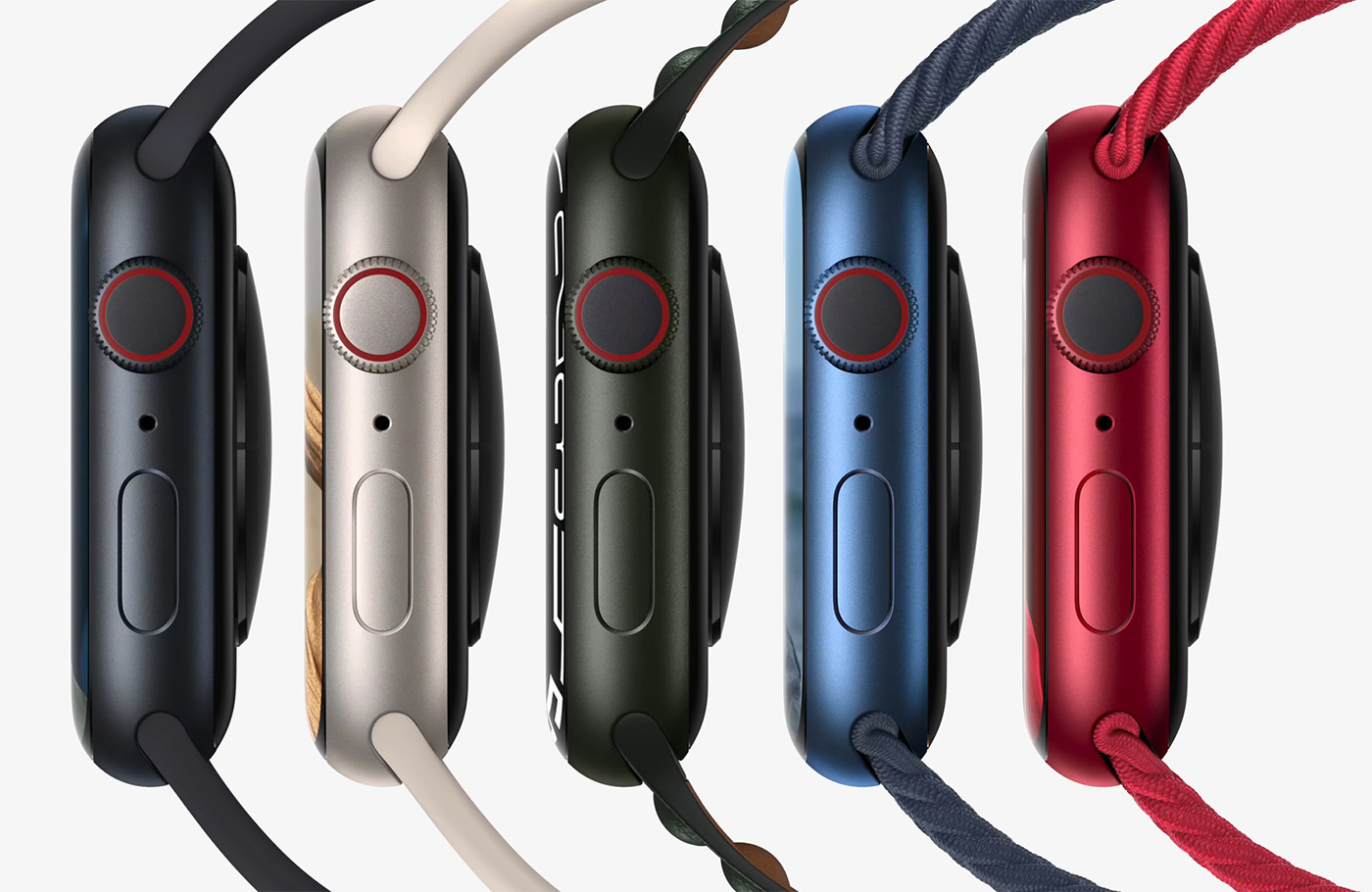 Like Rolex, the case design of the Apple Watch tends to evolve with small refinements rather than complete reimaginings, but by the brand’s standards the case of the Apple Watch Series 7 is a serious departure from its predecessors. While the same rounded-rectangle silhouette remains, the aluminum or stainless steel case is upsized from 40mm long and 44mm long options to 41mm long and 45mm long, which should lead to a slightly more robust stance on the wrist. The case sides have also been subtly reprofiled, and now feature a smooth, pebble-like continuous curve that flows seamlessly into the newly reshaped sapphire crystal all the way to the caseback. This new, thicker crystal is one of the Apple Watch Series 7’s largest advancements, boasting not only increased shatter resistance over the Series 6, but also allows the Series 7 to be IP6X certified for dust resistance. Although Apple claims the Series 7 is “swim-proof” at 50 meters of water resistance, this claim should likely be taken with caution. Where the new crystal truly seems to excel, however, is in conjunction with the newly enlarged Always-On Retina dial. Thanks to a reduced inner bezel size, the dial and crystal can produce a Ressence-esque wraparound effect, allowing dial elements to seep down into the side of the case for a dramatic and futuristic look. Apple offers the Apple Watch Series 7 in both stainless steel and fully recycled aluminum case options. The stainless steel models carry on the cleanly polished look of previous generations in naked stainless steel, graphite gray tone, and deep muted gold tone options. Recycled aluminum models, on the other hand, are offered in five new matte blasted colors. These colors range from bare aluminum, to black, a deep desaturated hunter green, a vibrant anodized sea blue, and the brand’s rich ruby-hued (PRODUCT)RED color. 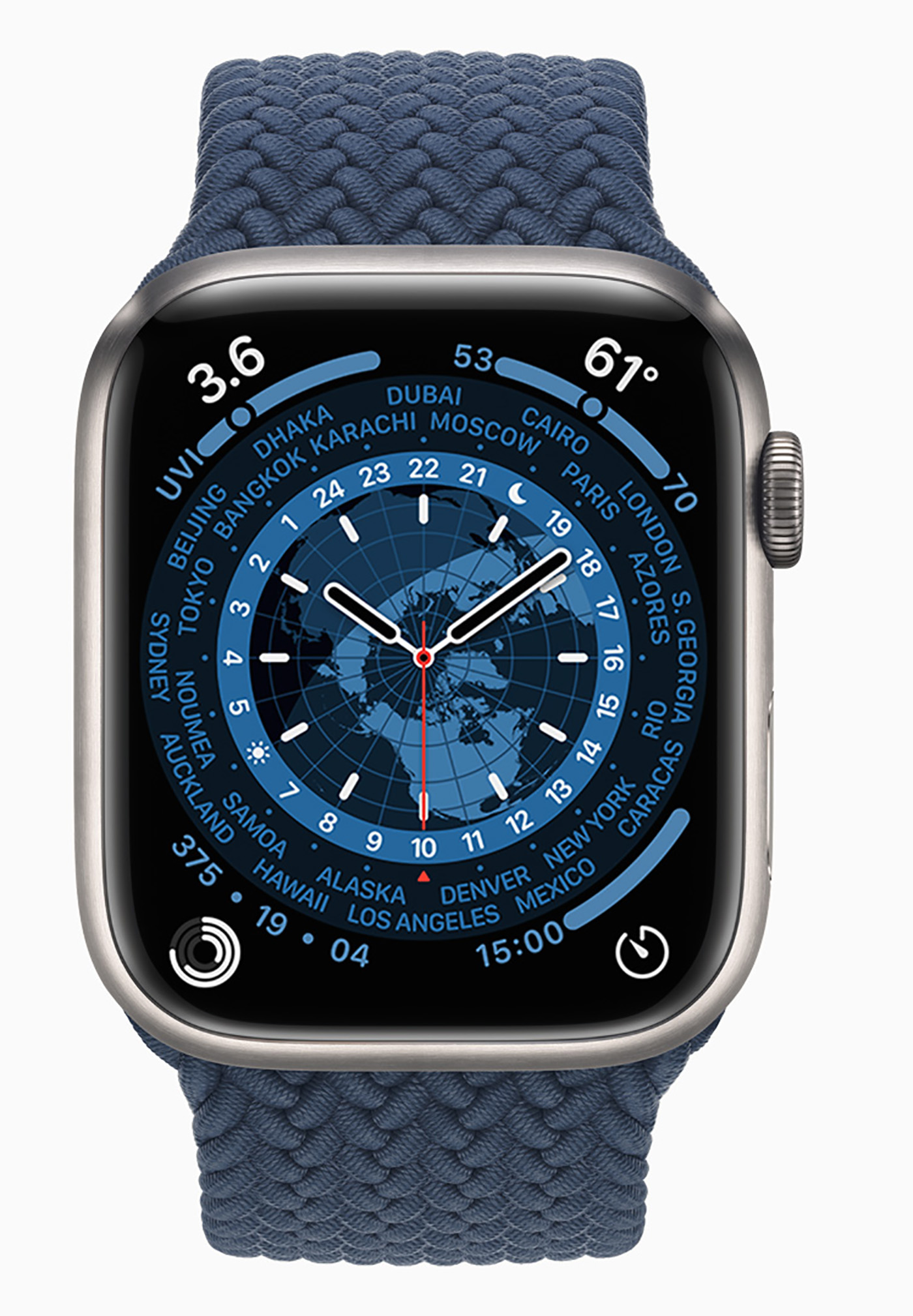 The Always-On Retina dial also receives substantial updates for the Apple Watch Series 7, including a 70 percent brighter display when indoors while the wearer’s wrist is down to aid in discreet time-checking. Apple also takes full advantage of the new dial, which offers 20 percent more surface area than the Series 6, to deliver a wide array of new dial display options. These include simple quality-of-life updates like two larger available font sizes for text, larger touchscreen buttons for easier interaction, and a new QWERTY keyboard with Apple’s QuickPath system to allow typing with a single sliding finger. Apple also adds several fully new dials including new dials for Apple Watch Nike and Apple Watch Hermès, a new world time dial, and a new Modular Duo design that adds two new center complications. The most striking of all, however, is the new Contour dial option. With dynamic Arabic numerals that stretch to the edge of the dial to emphasize the new crystal’s wraparound effect and grow bolder to highlight the current hour, this new display concept plays handsomely into the strengths of the Series 7’s new features. 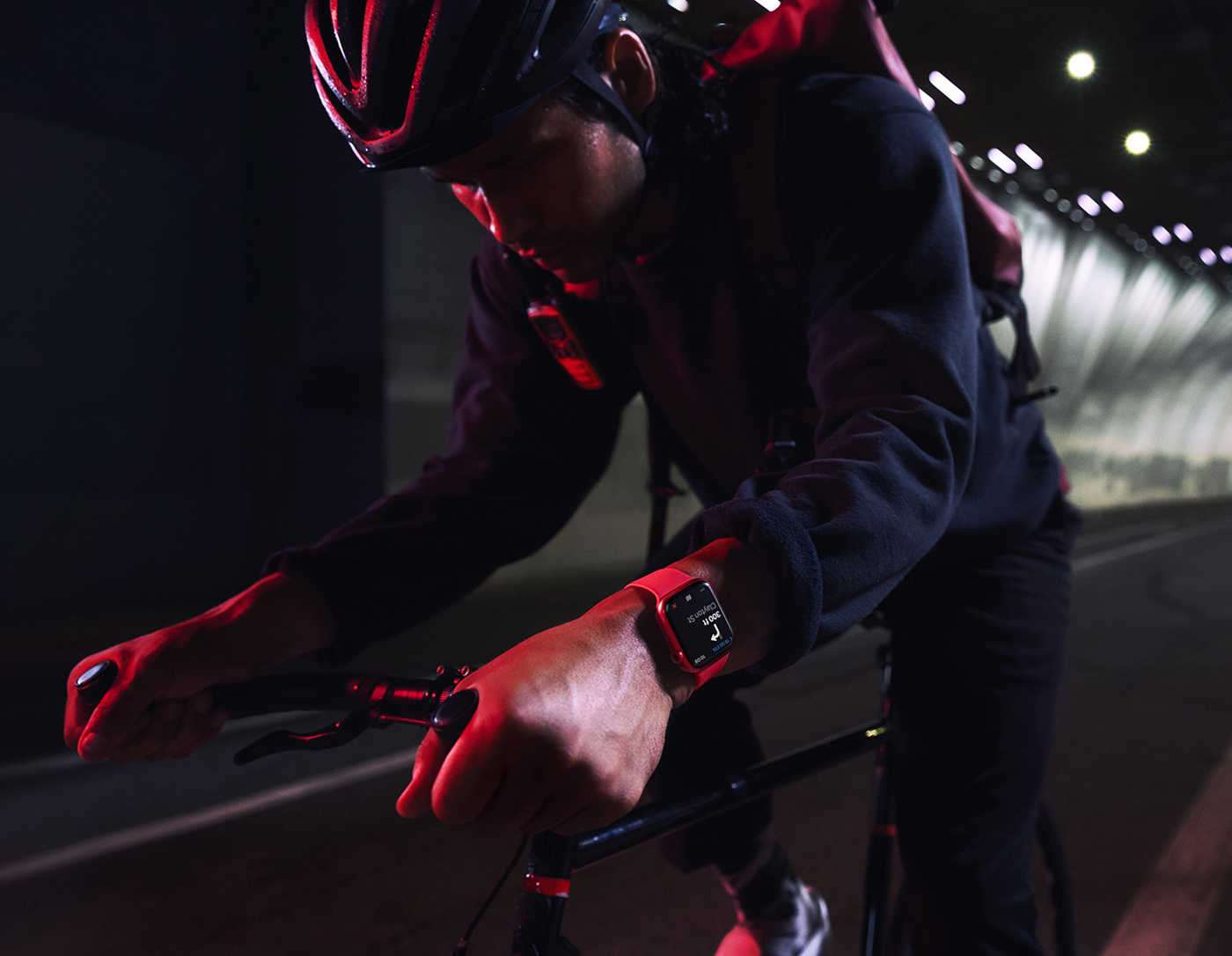 Apple’s updates to the smartwatch module inside the Apple Watch Series 7 are relatively minor compared to its cosmetic updates. That said, the brand reinforces its environmental focus by using 100 percent recycled rare earth elements in all magnets throughout the watch, including the complex Taptic Engine. Charging speed has also been increased by 33 percent over the Series 6, and the Apple Watch Series 7 offers an 18-hour rechargeable battery life on a full charge. While hardware improvements may be small, the Apple Watch Series 7’s software is substantially changed with the debut of Apple’s watchOS 8 operating system. The watchOS 8 system brings with it enhancements to Apple’s native apps across the board, but the largest updates are reserved for the Apple Watch Series 7’s suite of workout functions. The Apple Watch Series 7 introduces a new Mindfulness app for guided meditation, along with new Tai Chi and Pilates workout tracking options. Cyclists are given the largest set of workout updates however, with a suite of GPS, heart rate, accelerometer, and gyroscope data that automatically indicates when the wearer has begun to ride a bicycle and prompts them to begin a tracked workout. The Apple Watch Series 7’s cycling workout tracking functions have also been newly optimized for e-bike riders, and new fall detection algorithms determine when a cyclist has taken a hard fall and automatically sends a call to emergency services if the wearer is immobile for one minute after impact. 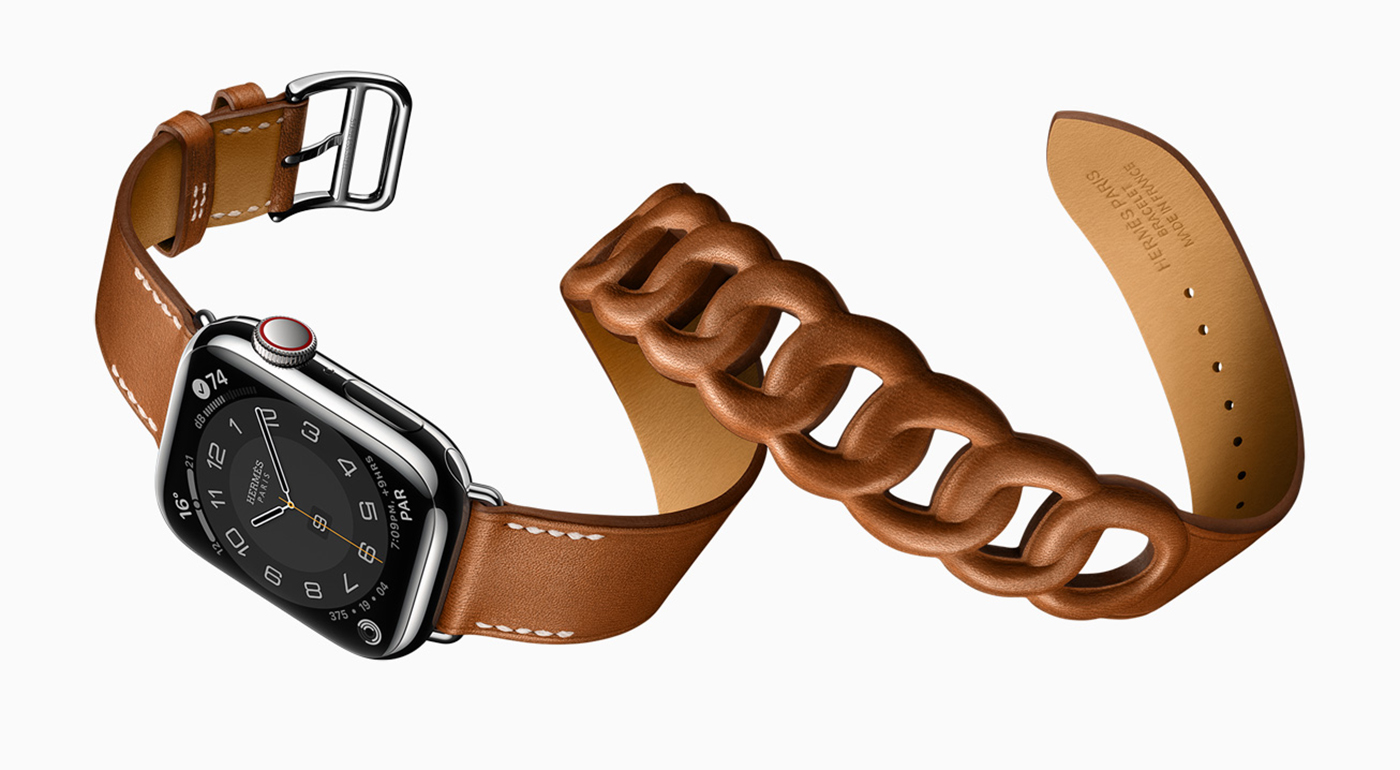 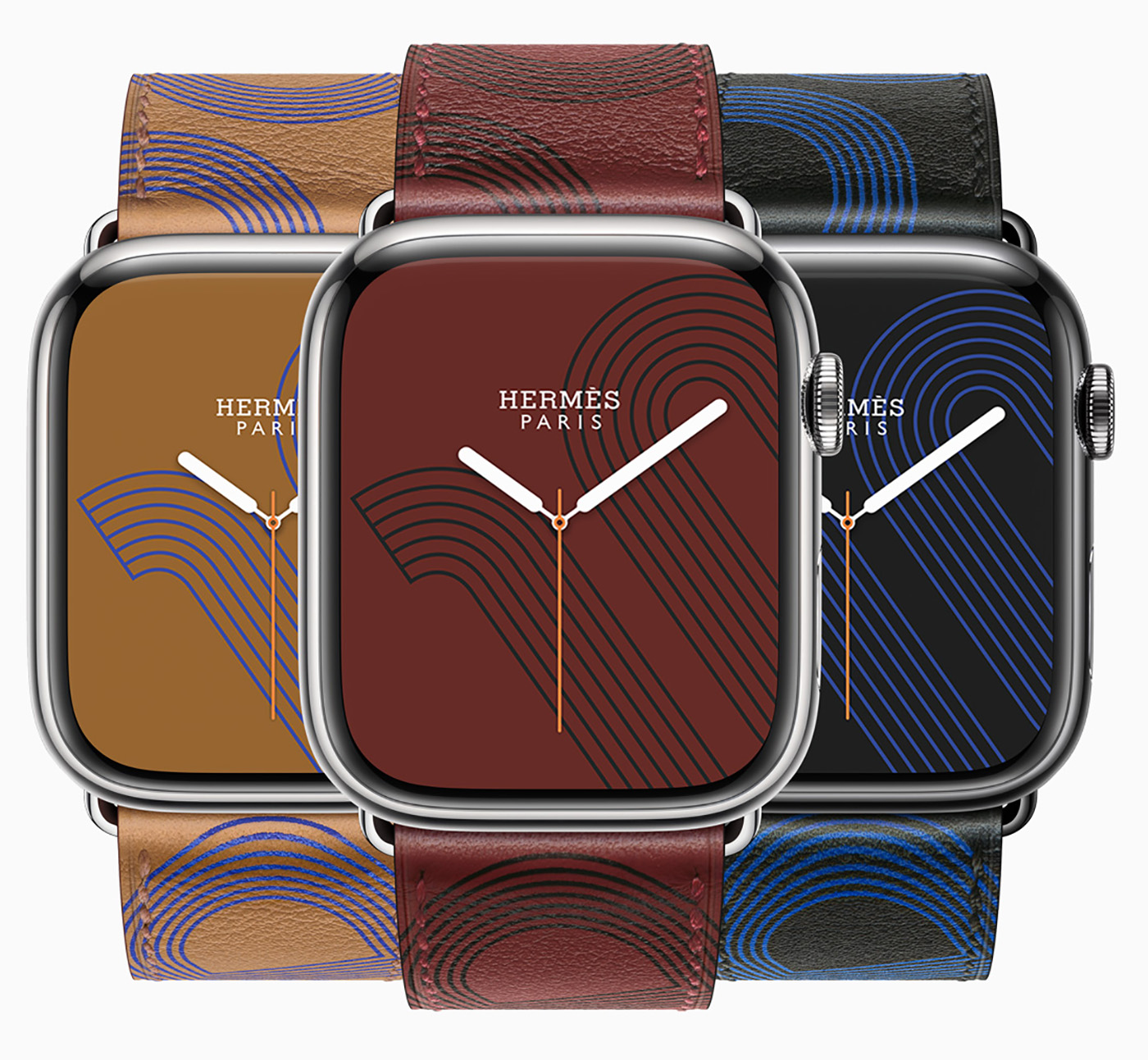 With a substantial aesthetic overhaul, new workout features, and more robust construction, the Apple Watch Series 7 is a bold step forward for the world’s most popular smartwatch. The Apple Watch Series 7 will be available from authorized dealers in late fall 2021, at a starting MSRP of $399. For more details, please visit the brand’s website.