High-end specs at a great price


Xiaomi has been absent from the Indian tablet market for many years now. They introduced the Mi Pad in India back in 2015 and have not launched anything since till now. The company re-entered the market with the launch of the Pad 5, and on paper it looks like a good deal. With a starting price of Rs. 26999, does the Xiaomi Pad 5 deliver a worthy experience? Read on in my review to find out. 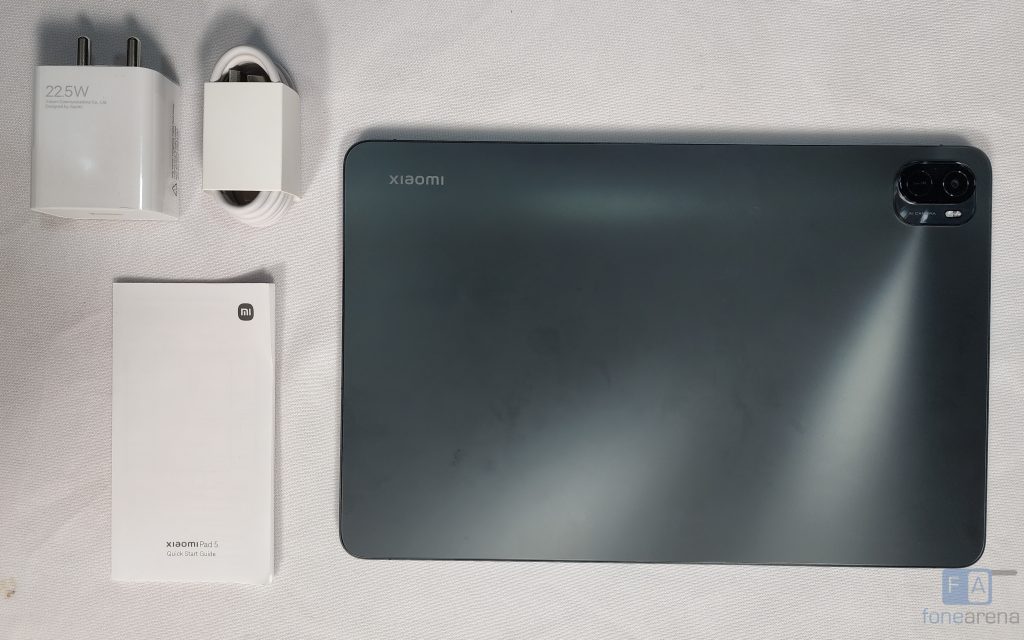 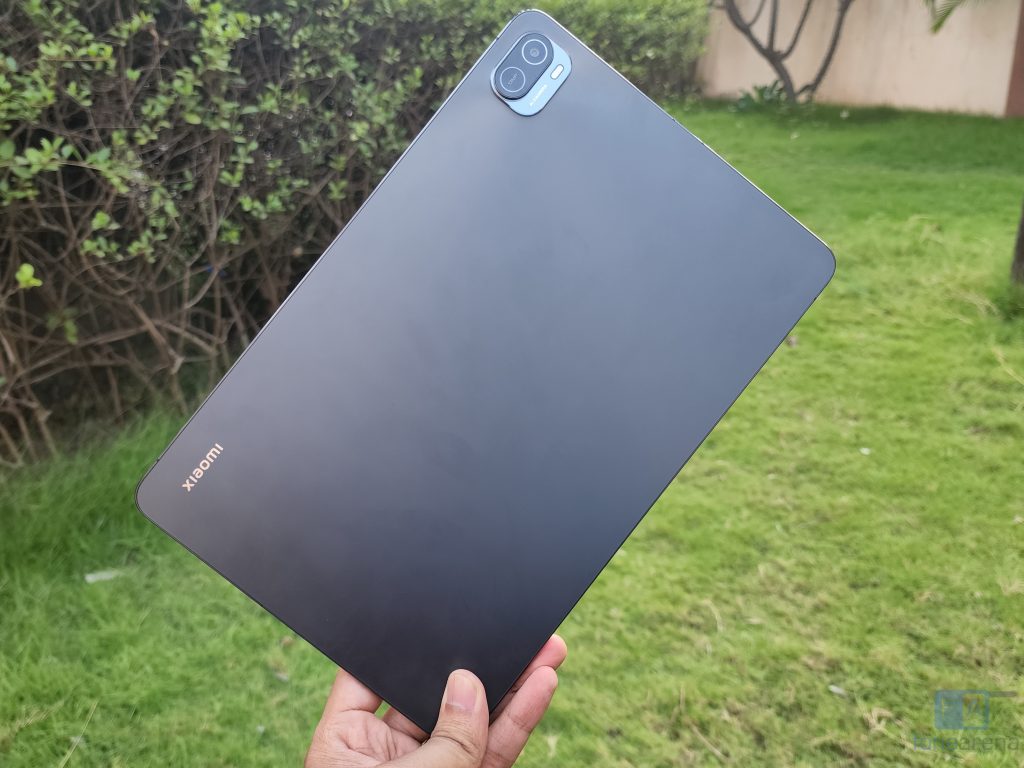 As far as tablet designs go, the Xiaomi Pad 5 looks premium with glass in the front and rear, and metal railings on the side. The rear glass has a matte-finish that does an okay-job of hiding fingerprints. There is a camera module in the top left corner that houses a single sensor and a dual-tone flash. The tablet is only 6.85 mm thick, which is impressive considering that it contains a 8720mAh battery.

Regarding button placements, there is a power button on the left edge, volume rocker on the top edge, USB Type-C port on the right edge, and a smart connector on the bottom edge. In the front, the bezels are reasonably thin and equal on all four sides. There is also a front camera in the left bezel. Lastly, the Pad 5 has a quad speaker setup, with two on each side. 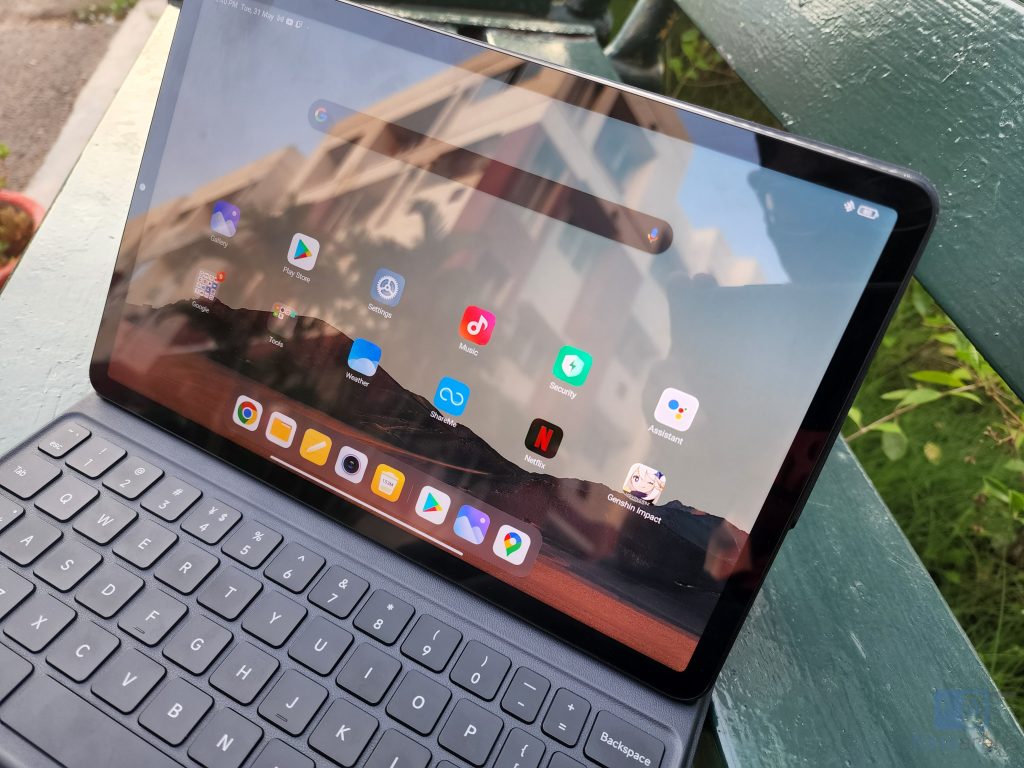 The display is a highlight feature of the Xiaomi Pad 5. It comes with a 11-inch WQXGA 16:10 display with a resolution of 2560 x 1600 and a refresh rate of 120Hz. Its maximum supported touch sampling rate is 240Hz. The high-resolution is really nice for a display of this size, and since it supports 100% of the DCI-P3 colour gamut, it produces excellent colours too.

When using it indoors, the display is great with good viewing angles. The display gets pretty bright, which is useful for sunlight readability, and it supports Dolby Vision when watching content on Netflix. There is a dedicated “Reading mode” that will adjust the colours and textures of the items on the screen to make reading content easier. 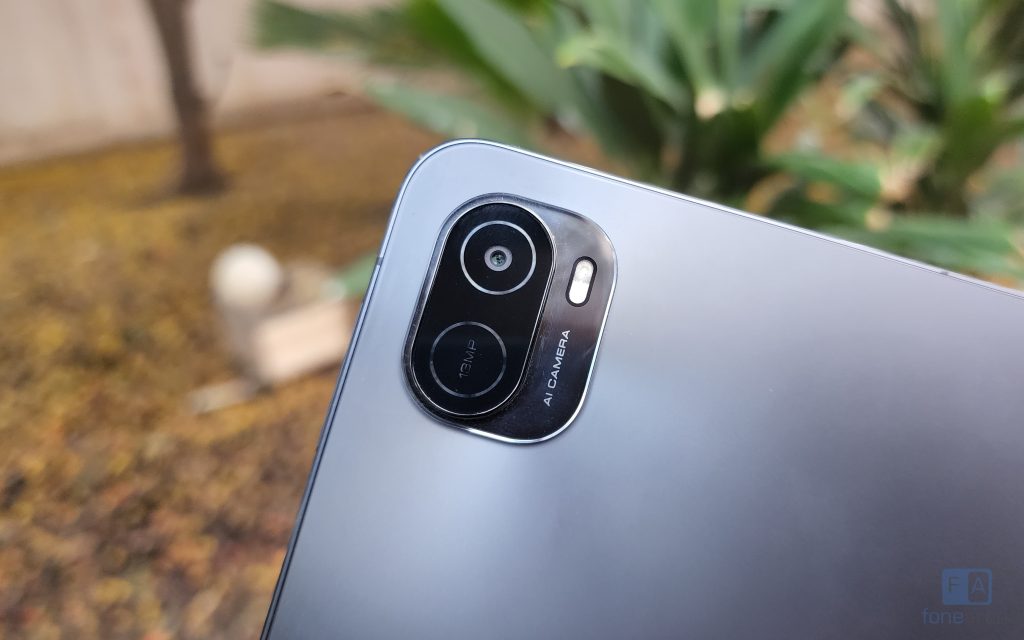 The Xiaomi Pad 5 comes with a total of two cameras – a 13MP rear camera and a 8MP front-facing camera. For a tablet, the front facing camera is arguably more important, as it is useful for video calls. The 8MP front-facing shooter does a good job when it is used in well-lit conditions. In poorer lighting conditions, it does struggle a bit. The clarity drops and there is a lot of smoothening, but overall the quality is certainly acceptable for video calls.

The rear camera does a decent job at clicking photos too. Typically, a tablet’s rear camera is used for scanning documents or clicking the occasional picture, and the Pad 5 is good enough. There is even a dedicated “Document” mode in the Camera app, which is useful. There is no portrait mode in the camera, which isn’t surprising though.

Here are some sample photographs from the Xiaomi Pad 5:

Coming to the software, the Xiaomi Pad 5 runs MIUI 13 based on Android 11. Regarding security patch, it currently has the February 2022 Android Security patch.

In particular, it is running MIUI for Pad, which has a couple of extra features designed specifically for a tablet. It has a swipe-up drawer that can be accessed at any time for multitasking and there is better support for split screening apps. You can also open up to 3 apps at once with Mini-windows. 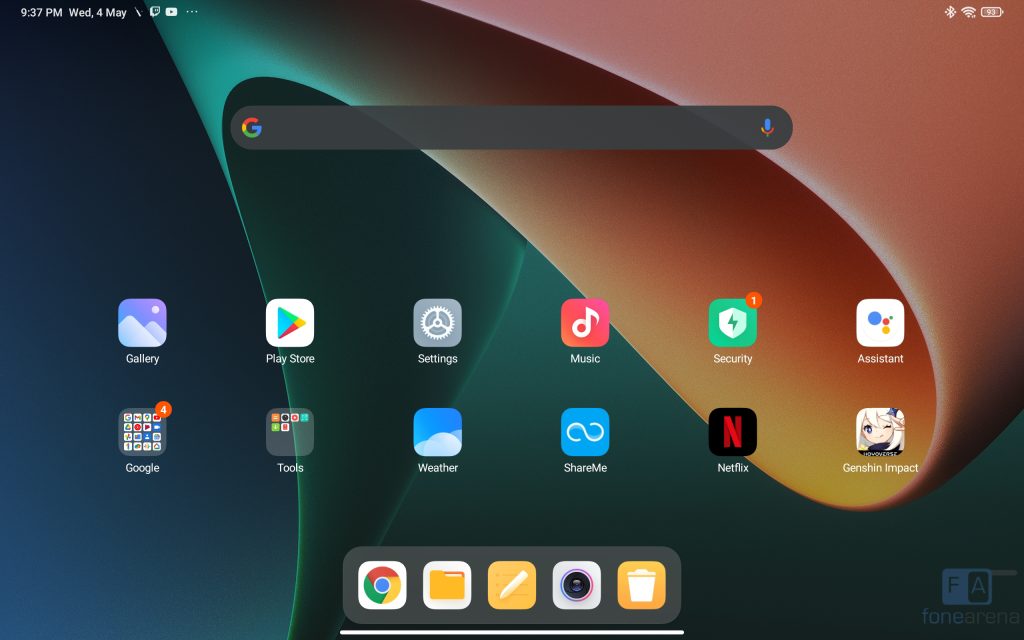 The rest of the UI is pretty much like any device running MIUI. There aren’t many pre-installed apps other than the usual Google apps. Swiping down from the top centre edge will show the notification screen, while swiping down from the top right edge will show the quick-settings. If you use MIUI on your smartphone, you’ll quickly get comfortable with Xiaomi Pad 5, and if you are using MIUI for the first time in your life, there is a small learning curve, and then you’ll be comfortable. One weird quirk is that Xiaomi has removed the shortcut button for the Settings app from the quick-settings.

Another thing to note is that Xiaomi has not made any promises with respect to software updates. We can only hope Xiaomi offers a couple of updates in the future, at least till Android 13 which has a lot of tablet specific features built-in. 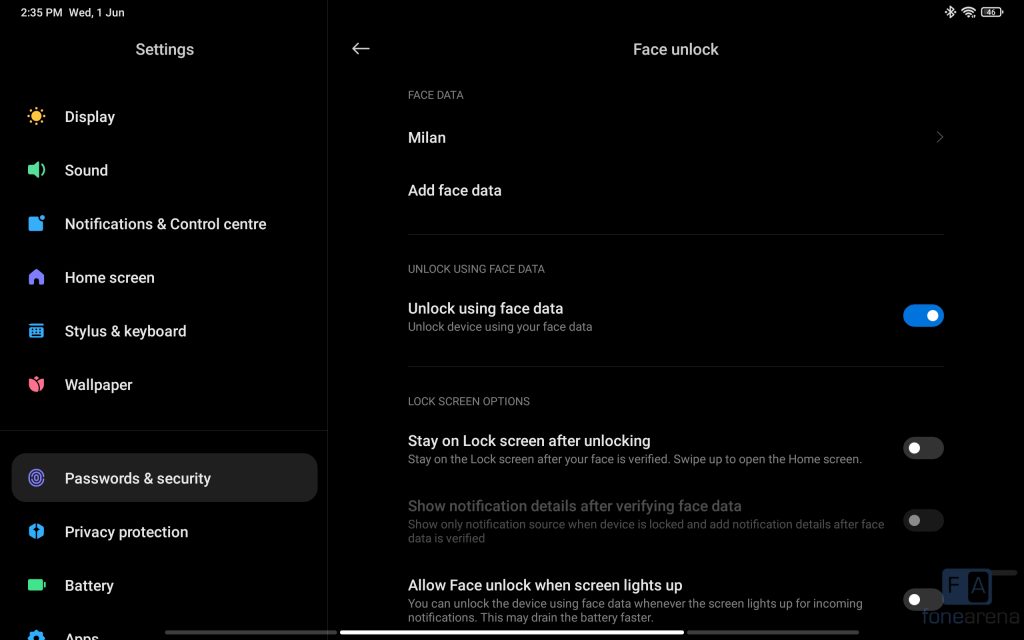 The Pad 5 unfortunately only comes with Face Unlock for biometric authentication and does not have any form of fingerprint authentication. The Face Unlock just uses the RGB sensor in the front camera, which is quick but not the most secure. I ended up using just a PIN unlock, which is slightly inconvenient for a device in 2022.

The multimedia experience on the Pad 5 is pretty good. The display supports both Dolby Vision and Dolby Audio, along with HDR10, HDR10+ and HLG. It comes with Widevine L1 certification, enabling HD content playback in Netflix and Amazon Prime too. 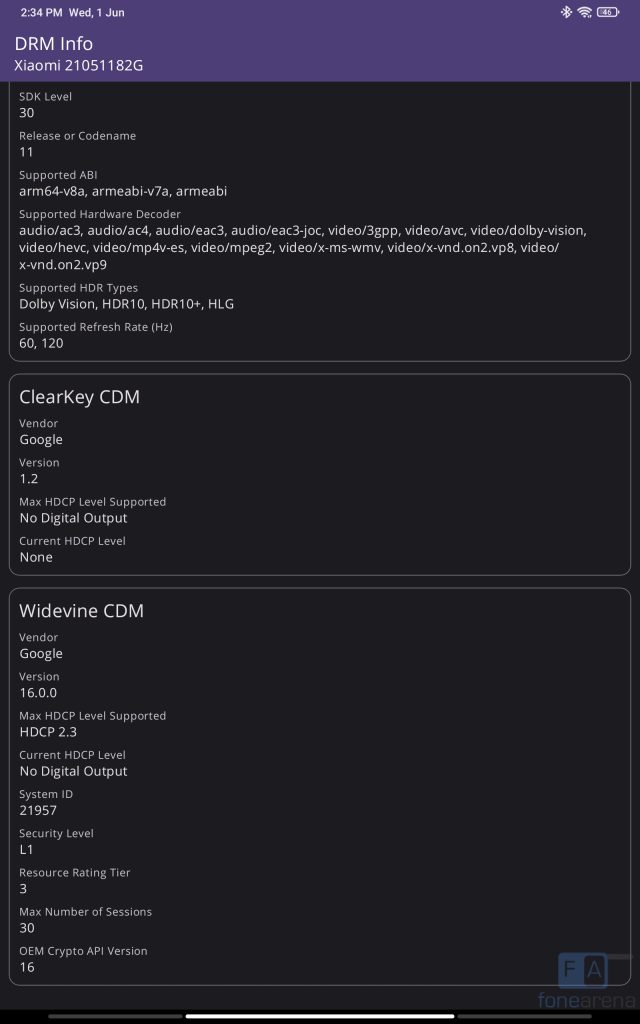 For audio, the Pad 5 has quad speakers, which come with a neat little trick. It can detect the orientation of the tablet and accordingly assign the left and right stereo channel to the respective speaker units. It works well when I tested it, and certainly enhances the multimedia experience. Coming to the audio quality itself, the speakers are good. They get pretty loud, the amount of bass is a bit low, but the mids and highs are nice. Overall, I’d say the Pad 5 is great for watching content and listening to music.

Regarding connectivity options, the Pad 5 features support for Dual Band Wi-Fi 5 and Bluetooth 5.0. It does not come with an LTE option, which is a little disappointing. Another feature missing in the Pad 5 is any sort of location sensors like GPS, GLONASS or NaVIC. GPS would have been useful for Google Maps, but I guess Xiaomi has decided that it was not important enough. The Wi-Fi performance was good and had strong signal strength. The Bluetooth would sometimes drop connectivity when using TWS headsets, but it was nothing problematic.

The performance is another strength of the Pad 5. It is powered by the Snapdragon 860 SoC, paired with 6GB of LPDDR4X RAM and 128/256GB of UFS 3.1 storage. The Snapdragon 860 is not the fastest chip in the market right now, but it is certainly a capable chip. After all, it is a flagship-grade processor from a couple of years ago. During my regular use, such as browsing online and watching content, I did not notice any hitches or lags in performance. Animations were smooth throughout the UI, apps opened quickly and multitasking was good too.

It is also a good chip for gaming, and can run a wide variety of games at high frame rates. In heavy titles such as Genshin Impact, it does deliver playable frame rates, but it is not the best experience. The tablet gets warm during heavy use, but it never got too hot. 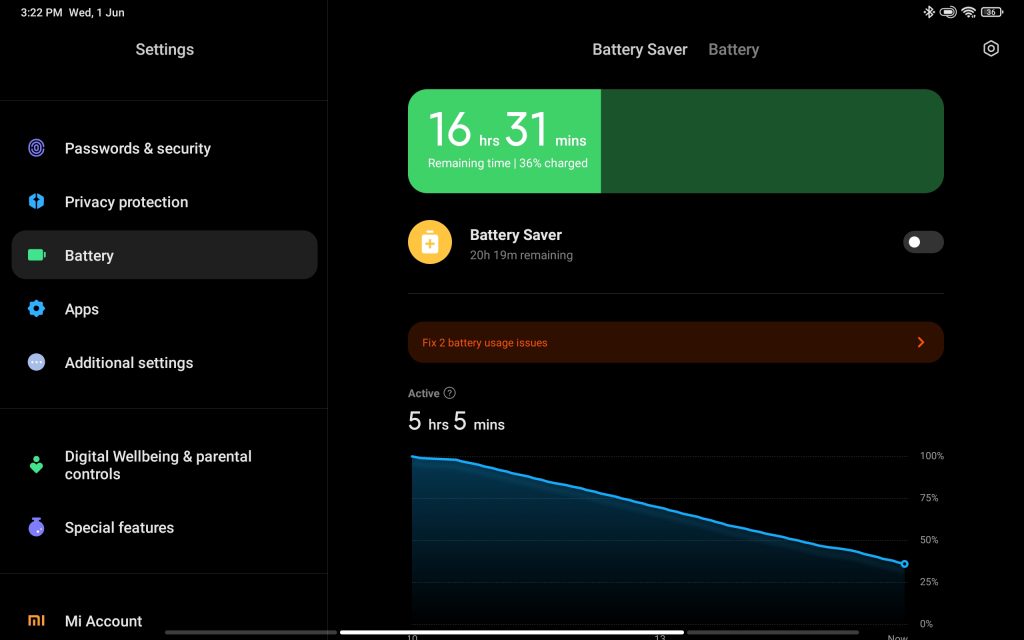 The Pad 5 comes with a 8720mAh battery that Xiaomi claims will provide about 16 hours of video playback. During my regular use, I got about 8-9 hours of screen-on-time with the screen refresh rate set at 120Hz. It supports a maximum charging rate of 33W, however Xiaomi provides a 22.5W charging in the box. It took just under 2 hours to fully charge the device from 0-100%. 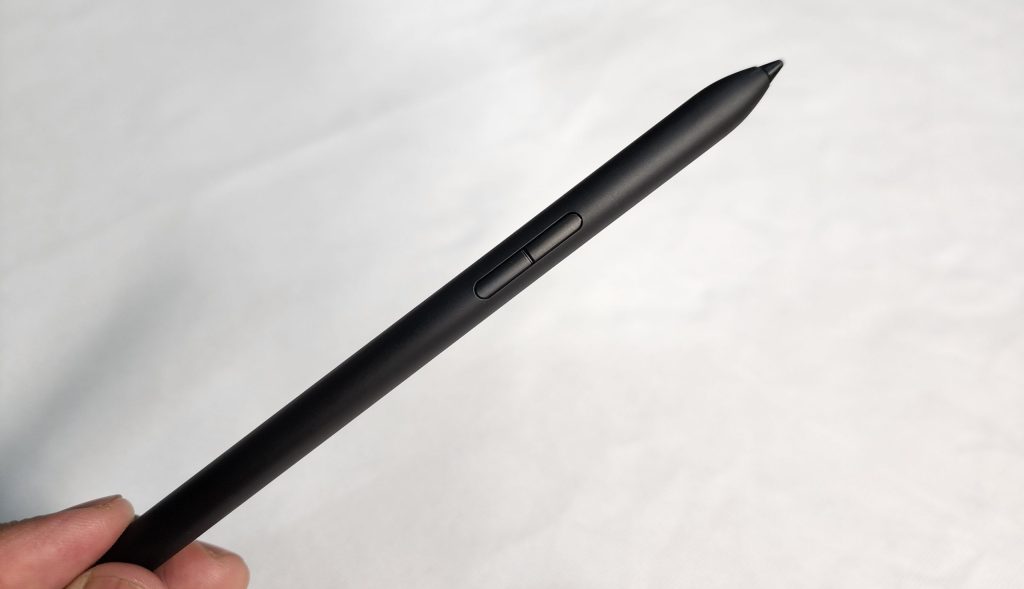 Xiaomi offers two accessories for the Pad 5 – namely the Xiaomi Smart Pen and the Xiaomi Pad Keyboard. The Smart Pen offers 4096 levels of pressure sensitivity, and has 2 buttons that have quick shortcuts mapped to them. It can conveniently attach magnetically to the side of the tablet, where it will charge wirelessly. Regarding the latency between the display and the pen, it isn’t as good as the experience offered by Samsung or Apple in their tablets, however for most users it will be fine. 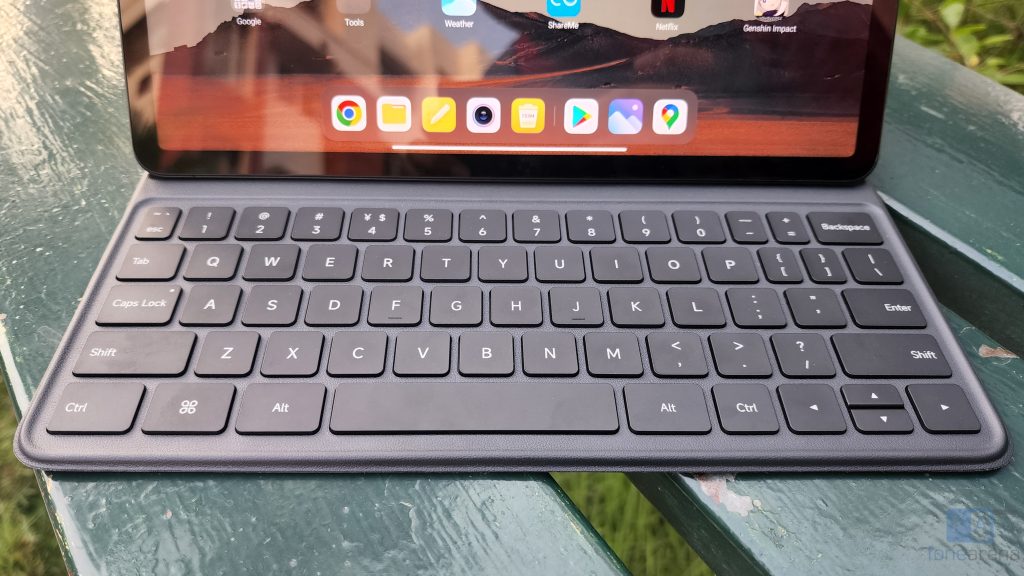 The Xiaomi Pad Keyboard on the other hand is a nice little accessory that functions both as a keyboard and a stand for the Pad 5, along with providing some protection. The keys have 1.2mm of travel, and it feels decent to type on. It can be useful in a pinch, especially if you want to answer emails or type quick notes. Xiaomi has also coded a bunch of shortcuts which can be used to navigate the tablet easily. 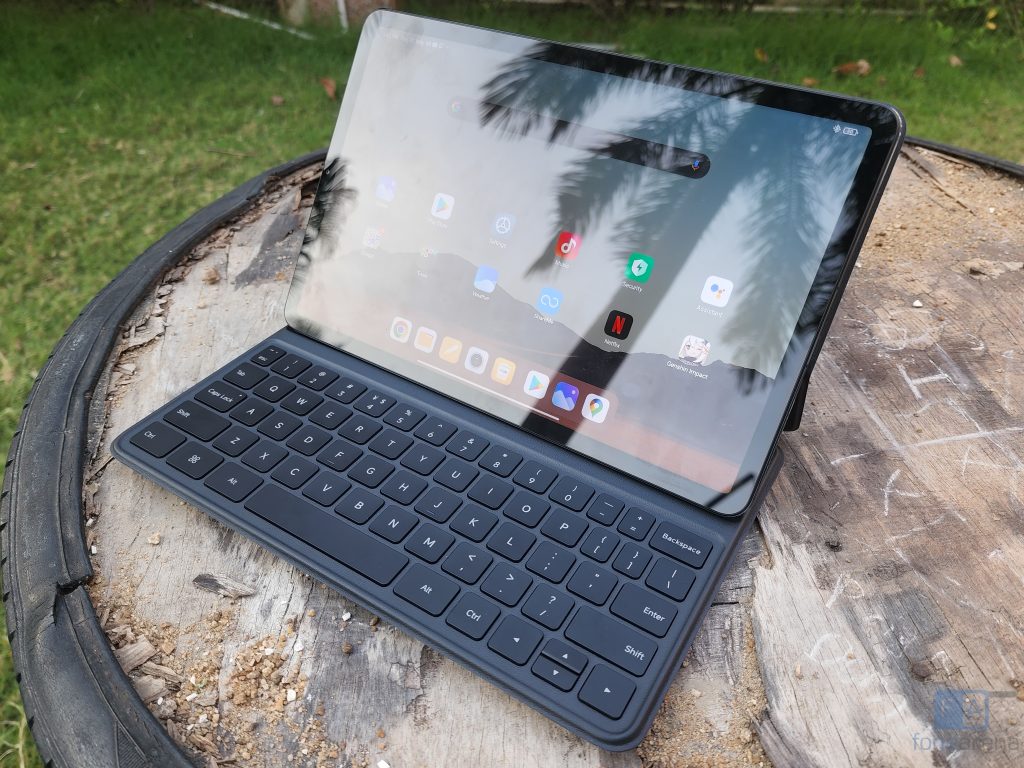 We are seeing a resurgence in the Indian tablet market after a long time. While Samsung and Apple have had ultra-premium tablets for many years, the mid-range and low-end market for tablets have been virtually non-existent. There are quite a few options in the below Rs. 20k segment, but they have weak processors and specs. The Xiaomi Pad 5 strikes a proper balance between specs and price, offering good performance and a great media experience. The accessories offered can further improve the tablet experience.

At a starting price of Rs. 26,999, the Xiaomi Pad 5 is easily recommendable for an Android tablet. There isn’t any real competition in the Android tablet market in this price segment. The Apple iPad (64GB) is a little more expensive and does offer more performance, but the Xiaomi Pad 5 has a better display and offers more storage. If you want cheaper alternatives, there are a couple of options from realme and Nokia, however they have much weaker processors.

The Xiaomi Pad 5 is available for Rs. 26,999 for the 128GB model and the 256GB model costs Rs. 28,999. It will be available from Amazon.in, mi.com, Mi Home stores and offline stores. The Xiaomi Smart Pen costs Rs. 5999 and there is also a Xiaomi Pad 5 Cover for Rs. 1,999, but these were out of stock at the time of publishing the review. The company did not reveal the price of the keyboard dock.

Up to 10% off on Galaxy devices, monitors