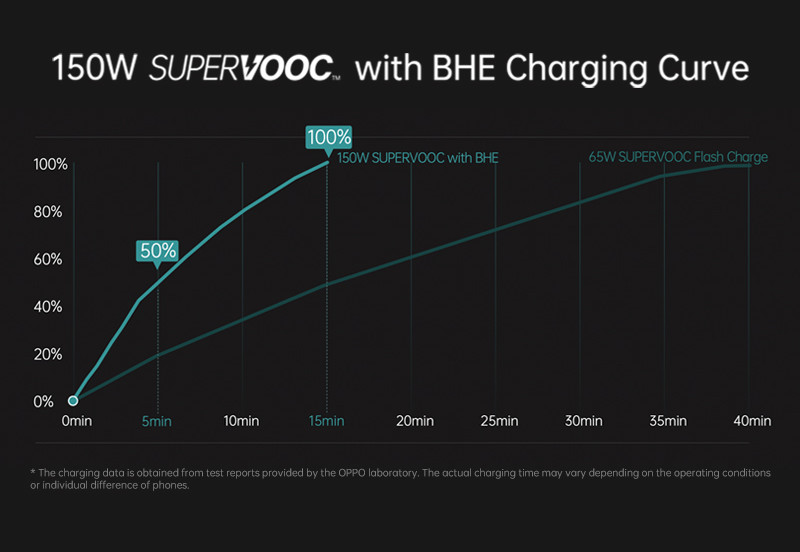 The 150W SUPERVOOC flash charge is built using direct charging technology with charge pumps that can charge a 4,500 mAh battery up to 50% in 5 minutes and up to 100% charge in just 15 minutes.

This also integrates OPPO’s Battery Health Engine, which made its debut last week on the OPPO Find X5 series. The technology helps keep the battery performing at 80% of its original capacity after as many as 1,600 charge cycles, doubling the current industry standard of 800 cycles, said the company.

The 150W SUPERVOOC also boasts Bionic Electrolyte Technology that enables a supported battery cell to exhibit a self-healing functionality that further improves battery health and performance. SUPERVOOC charging protocols, along with PPS, PD, and QC protocols are all supported by 150W SUPERVOOC that lets you quickly charge tablets, laptops, and mobile gaming consoles.

The 150W SUPERVOOC flash charge will be demonstrated at the unified OPPO and OnePlus MWC booth in Barcelona from February 28 to March 3. It will be launched on selected OnePlus smartphones in Q2, 2022. 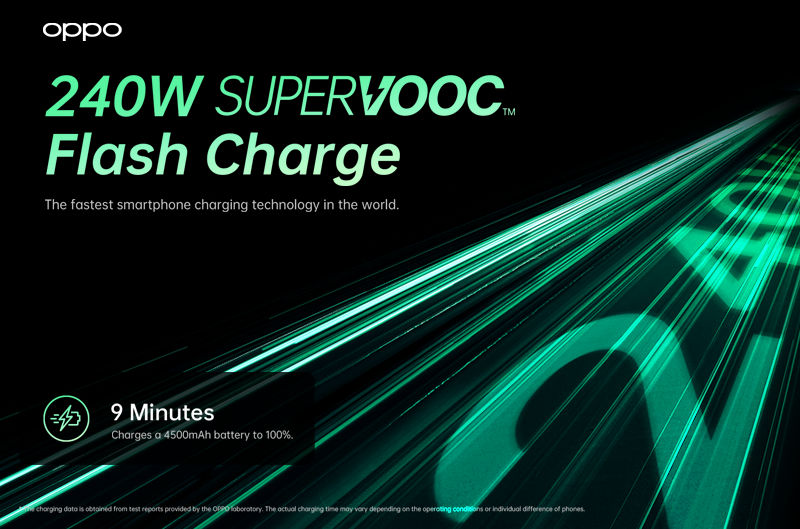 OPPO did not reveal when we can expect the 240W SUPERVOOC charging in phones.