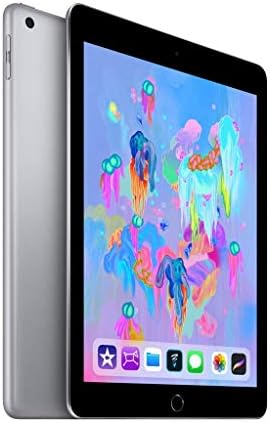 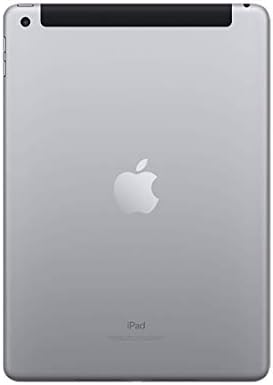 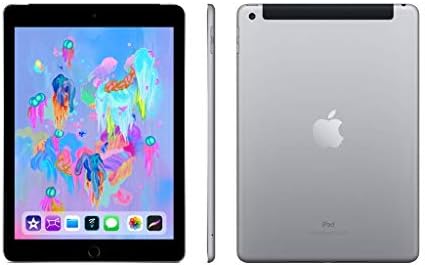 Marketed with an increased emphasis on the education sector, but also sold to the general public, the 9.7-Inch iPad (6th Gen) — introduced in “Early 2018” — is notable primarily because it is the first non-Pro iPad series to support the Apple Pencil. In basic terms, it brings together many of the internals from the iPhone 7 in a design quite similar to the iPad (5th Gen) that it replaced. All iPad (6th Gen) devices — including this Wi-Fi and Cellular-equipped model — are housed in white and gold colored, white and silver colored, or black and medium toned “Space Gray” cases and feature a 9.7″ 2048×1536 (264 ppi) LED-backlit IPS touch-sensitive “Retina” display that is not fully laminated and that does not have an antireflective coating but does support the Apple Pencil. It has a “Touch ID” fingerprint sensor, as well. Each is powered by a four core 2.3 GHz Apple A10 Fusion processor, has 2 GB of RAM, and has 32 GB or 128 GB of flash memory storage. Other notable features include dual cameras — a rear-mounted 8 megapixel “iSight” camera capable of shooting stills, Live Photos, and 1080p 30 fps video and a front-mounted 1.2 megapixel “FaceTime HD” camera capable of shooting stills, Live Photos, and 720p video — dual band 802.11ac Wi-Fi, HT80 with MIMO support (backwards compatible with 802.11a/b/g/n), and Bluetooth 4.2 in addition to stereo speakers. Connectivity to computers, if desired, and power is provided by the Lightning port. It does not have a “Smart Connector” for the Apple Smart Keyboard, but it can be used with a Bluetooth keyboard. The battery life of this iPad (6th Gen) model is reportedly 10 hours “surfing the web on Wi-Fi, watching video, or listening to music.”
Renewed products look and work like new. These pre-owned products have been inspected and tested by Amazon-qualified suppliers, which typically perform a full diagnostic test, replacement of any defective parts, and a thorough cleaning process. Packaging and accessories may be generic. All products on Amazon Renewed come with a 1-year supplier-backed warranty.

Added to wishlistRemoved from wishlist 0
£213.97