According to a Counterpoint research report, the global smartphone SoC (System on Chip) chipset and baseband market grew 23% year-on-year in Q1 2022, resulting in a 36% increase over the same period last year. Qualcomm leads the SoC and baseband market in Q1 2022, with a 56% YoY increase, followed by Apple, MediaTek, and others.

Qualcomm’s global premium and mid-tier 5G portfolio, as well as discrete baseband shipments to Apple, helped the company capture a 44% market share, and revenue reached $6.3 billion. Apple took second place with a 26% share due to increased demand for its iPhone 13 Series. Following that, MediaTek increased its market share by 29% year-on-year in Q1, 2022. 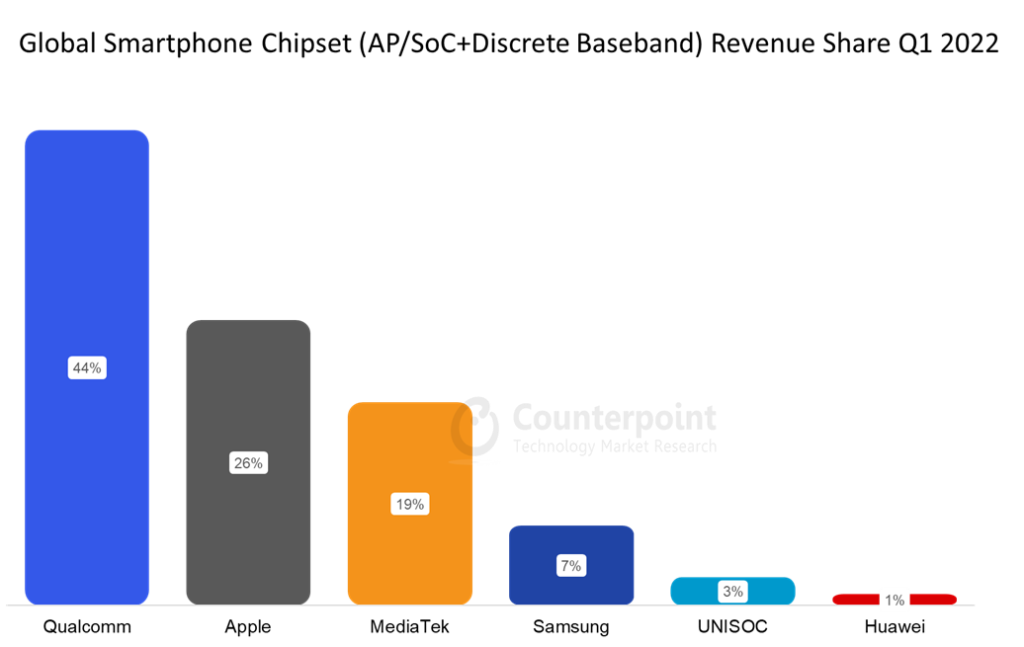 Samsung’s share of AP/SoC and baseband revenues fell to 7%, while UNISOC accounted for 3%. The majority of its revenues are driven by its 4G AP/SoCs, which have grown significantly in recent years. Finally, HUAWEI’s HiSilicon is experiencing a decline in market share from 8% to 1% in Q1 2022 as the company struggles to produce chips without using US-based technologies due to the US ban.