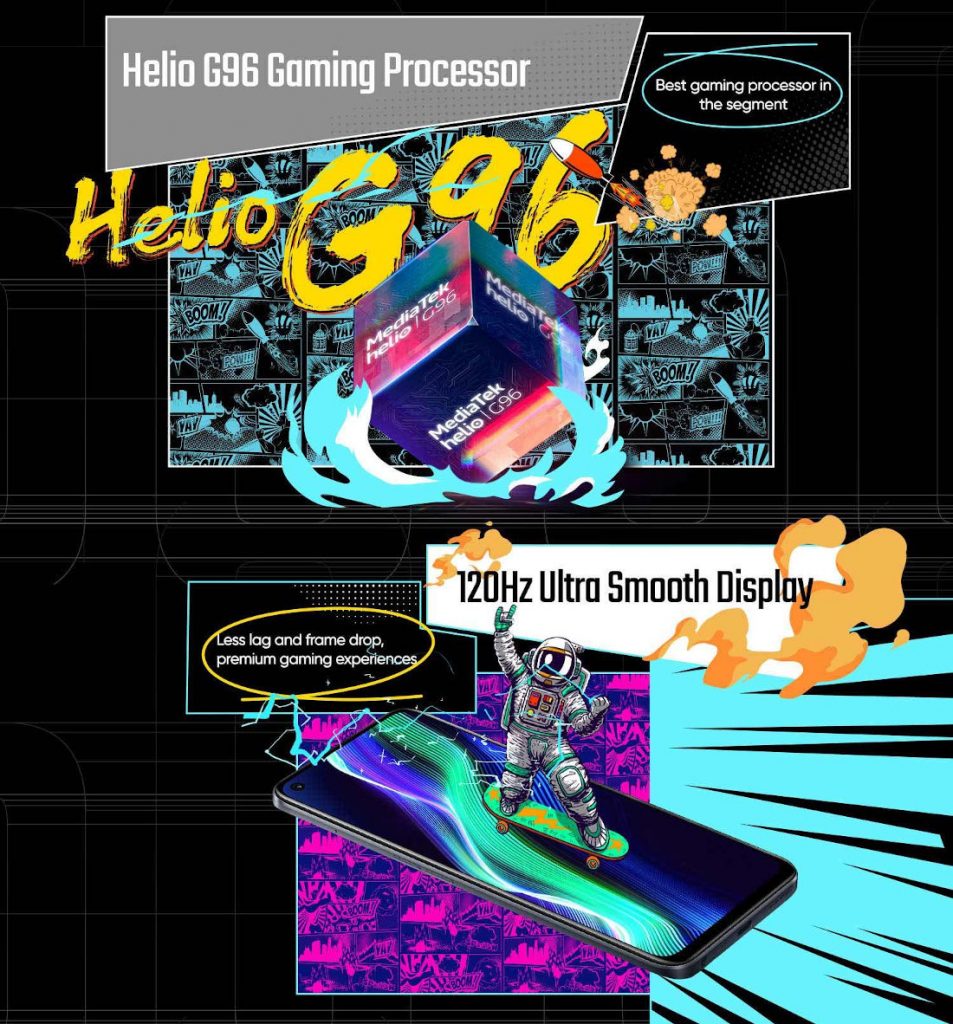 The company has confirmed that the narzo 50 will be powered by MediaTek Helio G96 SoC compared to Helio G95 in the predecessor. This will feature a 120Hz refresh rate screen compared to 90Hz display in the narzo 30. This should be a FHD+ LCD screen since it has a side-mounted fingerprint scanner.

We still don’t have any other specifications, but based on recent rumours, it is said to 6.6″ screen, come with 4GB and 6GB RAM options and 128GB storage, 2MP depth and 2MP macro cameras, alongside the 50MP main camera, and a 5000mAh battery same as the naro 50A, but this is expected to come with a 16MP front camera.

The realme narzo 50 will be sold on Amazon.in, in addition to realme.com and offline stores. We should know the price of the price when it goes official this Thursday.