After teasers, Redmi today confirmed the launch of Redmi K50 Gaming Edition smartphone in China on February 16th. The teaser image shows a similar design as last year’s K40 Gaming Edition with magnetic gaming triggers, triple rear cameras with RGB lighting near the camera module. The image shows Blue with Black design, which was not present in the predecessor. 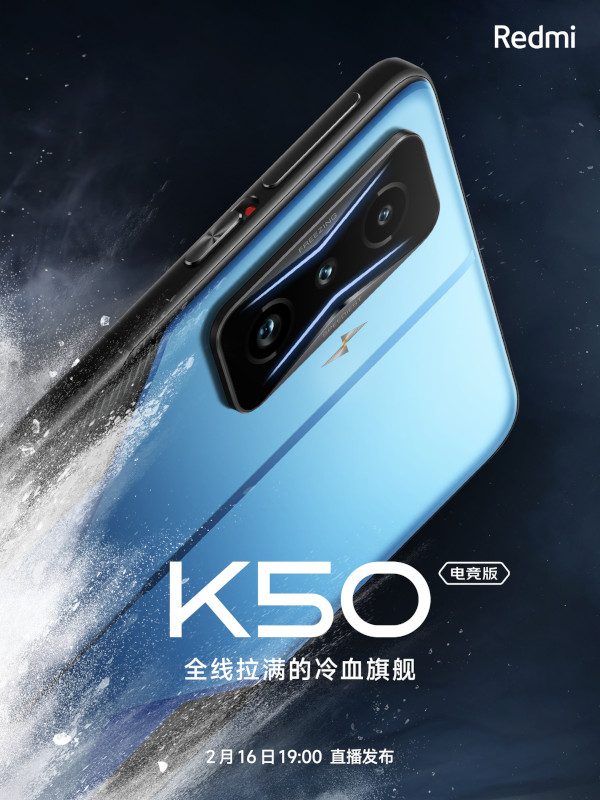 The image shows the text ‘Freezing’ and ‘Speedest’ text near the camera module, and the company says that this will be the best gaming phone, creating higher performance and stronger heat dissipation.

The company already confirmed that the gaming Edition smartphone will be powered by Snapdragon 8 Gen 1 SoC, dual VC cooling system, CyberEngine ultra-wideband motor and pack a 4700mAh battery with support for 120W fast charging. We can expect a FHD+ 120Hz AMOLED screen.

The company is also said to release Redmi K50, K50 Pro and K50 Pro+ smartphones powered by Snapdragon 870, Dimensity 8000 and Dimensity 9000 SoCs, respectively. However, it is not clear if these will arrive at the same event.