Samsung introduced the Galaxy S22 Ultra 5G, the top-end smartphone in the S22 series, last month. This is the first phone in the S series to come with a built-in S Pen stylus, after the company decided to discontinue the Note series. Here we have the unboxing and first impressions of the phone. 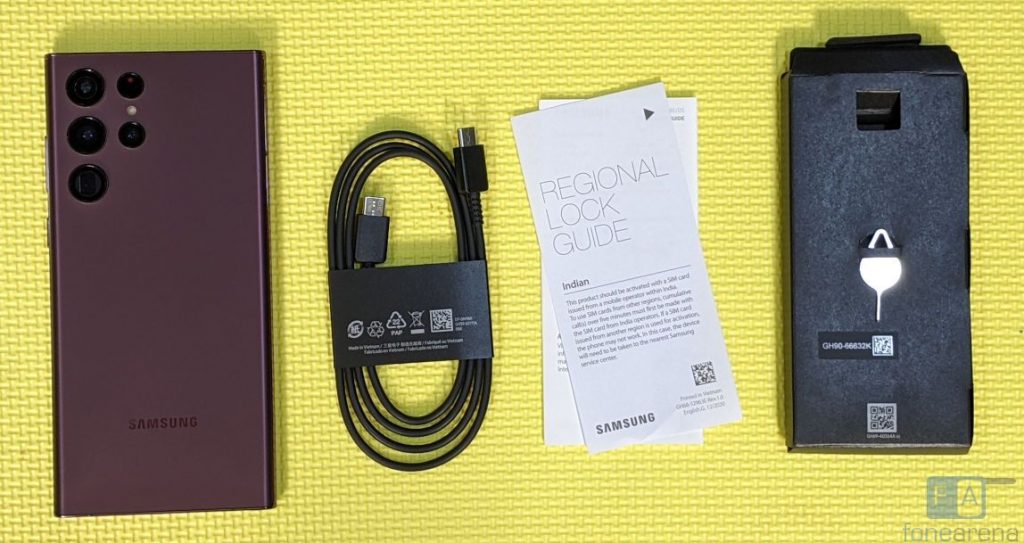 Samsung already switched to minimal packaging with the S21 series last year by removing the charger and the headset, making the box smaller. 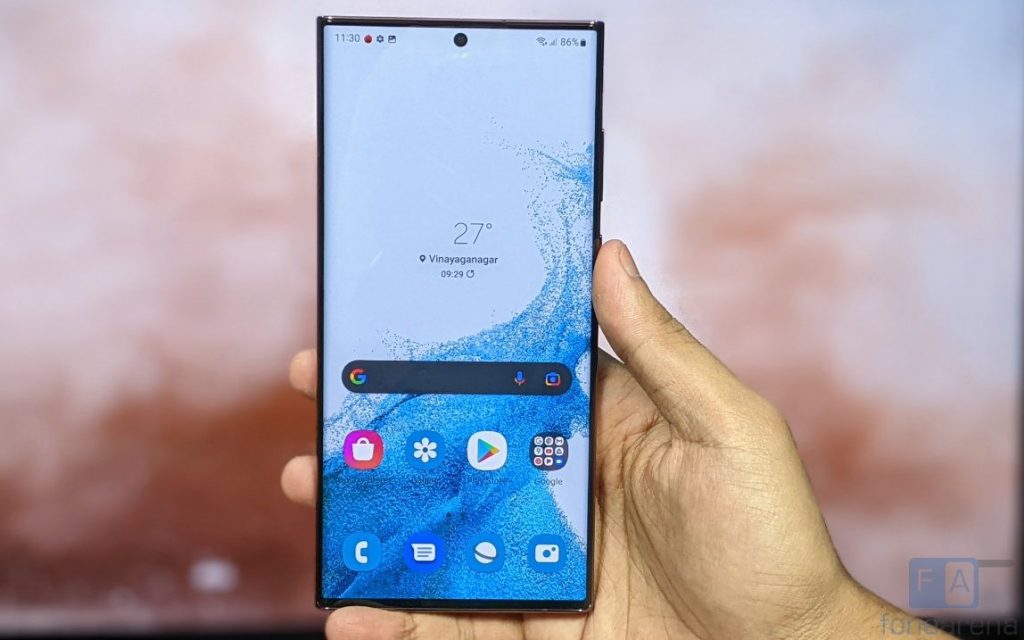 The phone packs a brilliant 6.8-inch Quad HD+ Dynamic AMOLED 2X display with support for 120Hz refresh rate in Quad HD+ resolution, similar to the predecessor.  This uses an LTPO screen, so the screen’s refresh rate adjusts to the content you’re viewing from 1Hz to 120Hz that offers the best quality, whilst stretching your battery life even further. It offers 1750 nits of peak brightness, which is the brightest on a Galaxy smartphone. 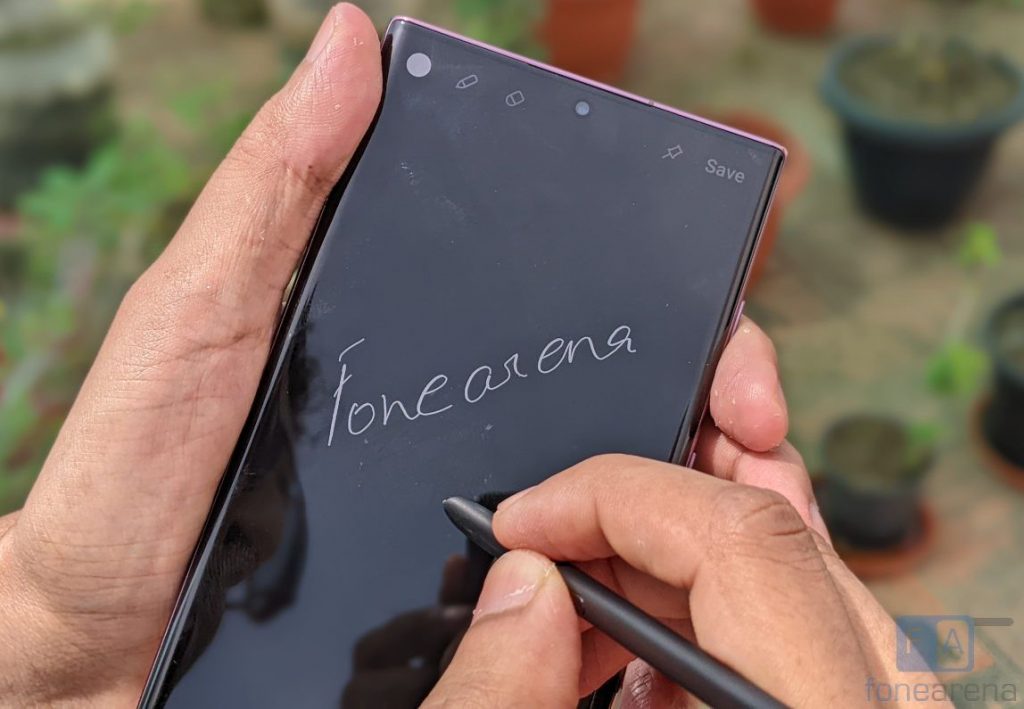 The phone has Corning Gorilla Glass Victus+ protection. It has Wacom’s technology to support S Pen stylus, and also comes with a built-in S Pen slot, unlike the S21 Ultra which only has the S Pen support. The S Pen in the S22 Ultra has 2.8ms latency, 70% lower latency compared to S21 Ultra, says Samsung. 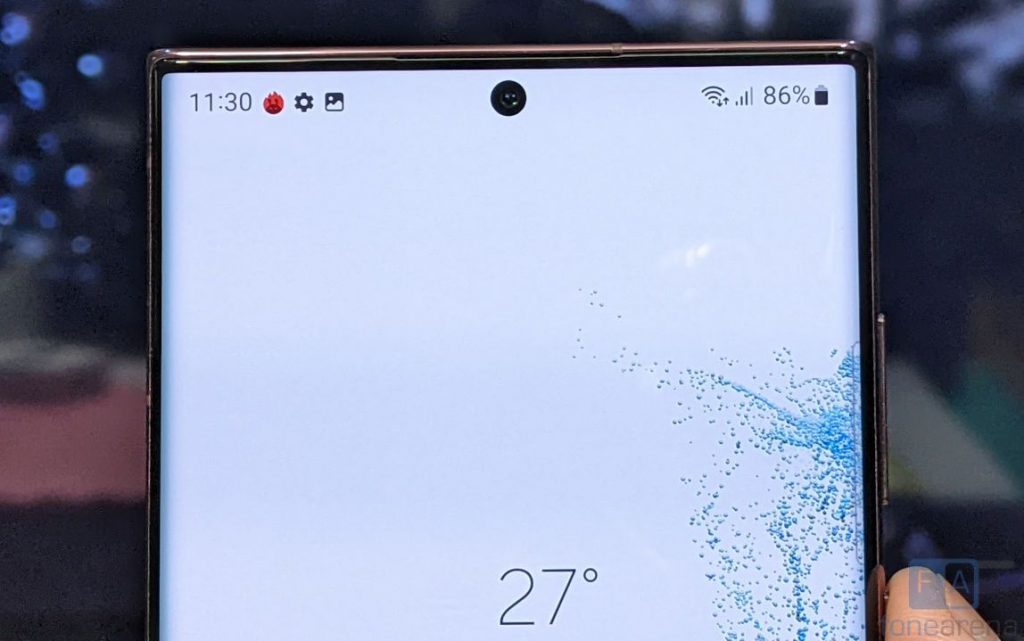 The phone has a tiny punch-hole that houses a 40MP camera with PDAF and f/2.2 aperture. You can also see a small earpiece grill on the top edge, which also doubles up as a secondary speaker. It has minimal bezels on the bottom. 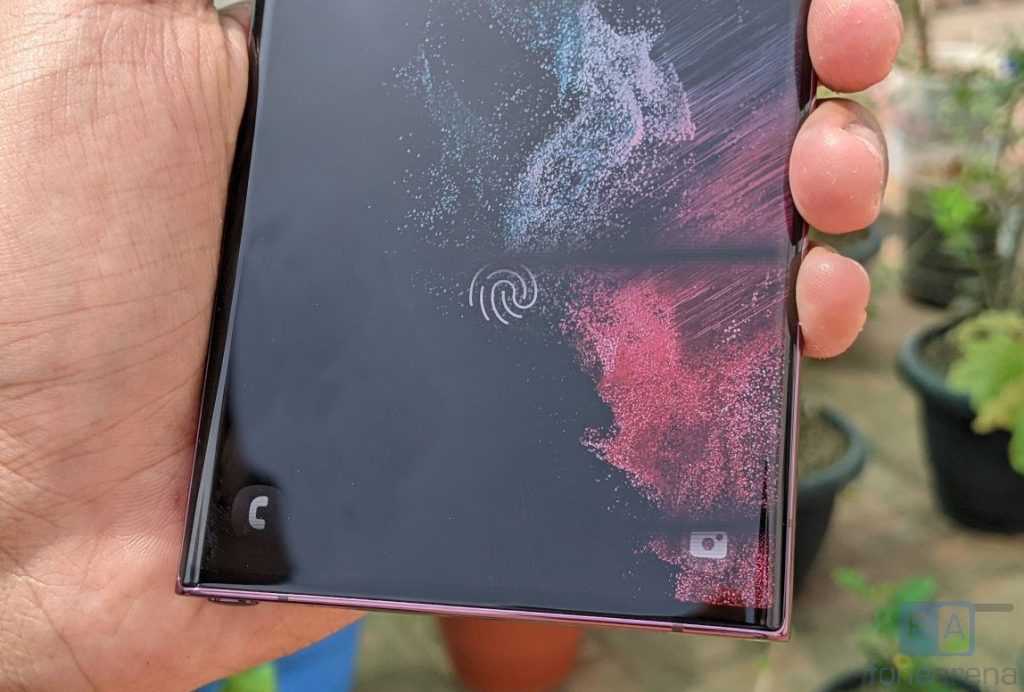 The phone comes with a second-generation Qualcomm 3D Sonic Sensor, same as the predecessor.  It is powered by Snapdragon 8 Gen 1 chip in India compared to Exynos in the older S series models. It also has Gel-TIM thermal paste, vapour chamber and wide graphite sheet for heat dissipation. The phone comes only in 12GB RAM option in India, but it has 256GB and 512GB options and doesn’t have an expansion slot.

Coming to the buttons and ports, the power button and the volume rockers are present on the right side. There is nothing on the left side except for the antenna bands since it has a metal frame. Samsung says that this has polished Armour Aluminum frame acts like a suit of armour to protect the phone. It has IP68 ratings, same as the predecessor. On the bottom there is an S Pen slot, loudspeaker grill, USB Type port along with a dual SIM tray. 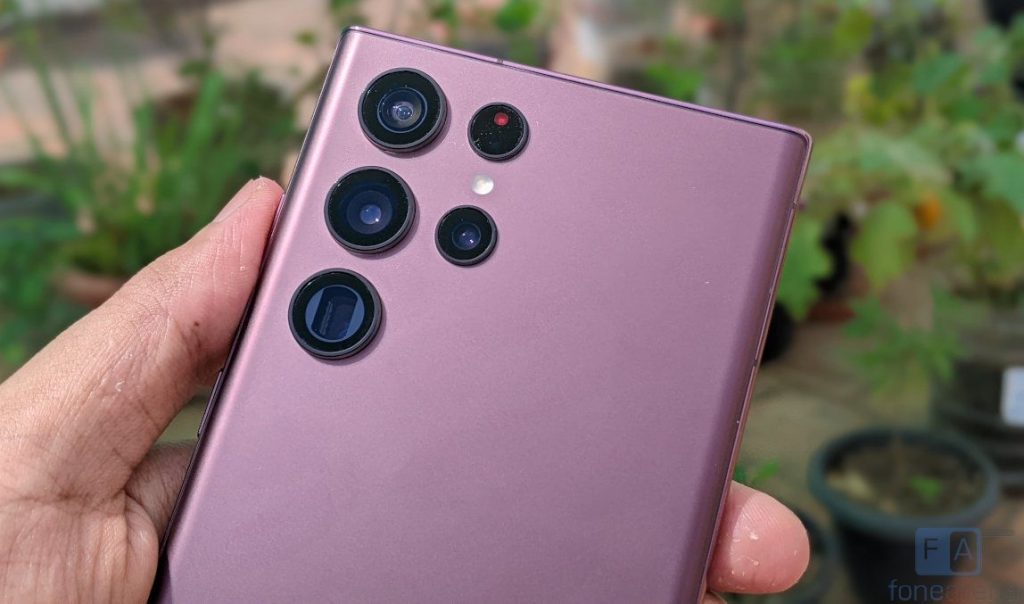 It has a quad rear cameras that includes a 108MP main Samsung HM3 sensor with 12MP Nona-binning technology, allowing you to capture 12 bit HDR photos.  It has 100x Space Zoom which is powered by Samsung’s first-ever Dual-tele lens system — one 10MP telephoto camera with 3x optical zoom and one 10MP periscope camera with 10x optical zoom, both equipped Dual Photodiode(2PD). There is also 12MP ultra-wide camera and laser autofocus. Check out some camera samples.

Other than the Burgundy, the phone also comes in Phantom Black and Phantom White colours in the country. The phone has a frosted glass back that is also protected by Gorilla Glass Victus+. It packs a 5000mAh battery with support for 45W fast charging, 15W wireless and reverse wireless charging.